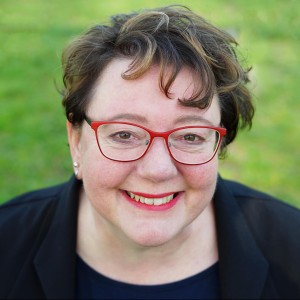 As a gratitude researcher, people ask me sometimes if you need to be religious or spiritual to be grateful. This assumption is quite understandable as all religions and major worldviews consider gratitude a core virtue. Research shows that religious or spiritual people do report higher levels of dispositional gratitude than people who say they aren’t spiritual or religious. To answer this question, we need to look scientifically at the origin of spirituality of humans. How did spirituality evolve and how is it associated with gratitude?

One component of the scientific study of spirituality is cognitive evolutionary science. It is an approach that assumes that the mind is not just a blank slate that can have anything written on it but that it is shaped by evolution to have a certain structure that expects a specific type of information coming in. When we look at spiritual thought and behavior from a cognitive evolutionary scientific perspective, we can see how spiritual thought and behavior may be a byproduct of tendencies that evolved for other purposes. This is called the byproduct hypothesis.

This byproduct hypothesis considers spiritual thought and behavior a mistake. Humans have cognitive tendencies that evolved for other purposes and they just happened to kick off spiritual belief as a side product. It’s an overfiring of certain cognitive tendencies that we have. It doesn’t seem to have any adaptive function, and it is therefore really puzzling in terms of the payoff structure. But the reason it exists is because of the original cognitive function that pays for itself. The cognitive function evolved because it does some important work in, for instance, in danger perception, but it then overfires and produces spiritual beliefs.

An example of this is called apophenia; the human tendency to connect a subjective experience as something recognizable to a specific meaning to them that is incorrect. This stems from the principles of evolutionary psychology that our minds are not built for accuracy or truth or to provide us with an accurate representation of the world, but they are built for survival. Our brain does all kinds of pre-processing of sensory information that comes into our sensory organs before we have a subjective experience, such that by the time we have that experience, let alone the interpretation of that sensory information, it is already been translated into something that best serves our goals of reproduction and survival.

For survival it is important to see agents when there are actually none, instead of missing agents that are actually there. Evolution would guide the system that is inclined to make the least costly of those two errors. Imagine there is someone walking through a savannah and hears some grass rustle. Now, what is the more costly of the two errors? To assume that that was a predator when there isn’t one? Or to assume that there’s nothing there when it actually was a predator? Clearly, the less dangerous thing is to make the error of over-detection; assuming that there’s something there when there isn’t. The cost of that is that you just unnecessarily engaged the fear response. But the cost of the error of under-detection, where you’re missing the predator that’s actually there, is that you become diner. This is why humans see random agents with minds in nature. We all have seen faces and animals in clouds, stars, food, or photos.

Justin Barrett has called this the hyperactive agency detection device, and he and Stewart Guthrie and others have made the point that this tendency to over-perceive agency likely underlies our tendency to infer gods and spirits in the natural world. Especially in the absence of a scientific explanation for things like the wind and the tides, and the rising of the sun and the moon, the human mind would have immediately inferred supernatural agency behind these natural events. This is, among other theories, why wind spirits and sun gods were born in our pre-history.

Thus, the hyperactive agency detection device is rooted in the byproduct hypothesis. With the byproduct hypothesis, which suggests that spiritual beliefs are the consequences of evolved genetic adaptations that we have for different reasons. They were adaptations that served their own purposes in human survival. But as a byproduct, they lead to spiritual thinking. In other words, our ancestors weren’t selected because they believed in gods. They were selected because they could perceive agency and purpose in an environment that was full of active and plotting minds. The fact that such a system also led them to perceive active and plotting gods was just an accident.

New research by Jans-Beken and Wong is looking into existential gratitude or mature gratitude. This concept includes both a horizontal and a vertical dimension (see diagram below). The horizontal immanent dimension includes gratitude for prosperity and adversity of the world that is conceived consciously and within earthly borders. It is directed at materialistic and naturalistic things, expected and unexpected events, and the people with whom we interact

When talking to people about gratitude in times of adversity, most of them tell about this vertical dimension. Not everybody mentions God explicitly, but most of the people I interviewed for my book talked about the feeling of being part of something bigger than themselves or something between “heaven and earth” that decided it wasn’t their time yet. It seems to be comforting to direct gratitude to something big and kind to cope with suffering. So, is it necessary to be religious or spiritual to experience gratitude? I assume it is possible to feel grateful for earthly things, but a sense of a vertical dimension can deepen, intensify and strengthen the feeling of gratitude. My future research should shed light on this assumption so keep following me!

With great thanks to the EdX course The Science of Religion by The University of British Columbia.

Dr. Lilian Jans-Beken is founder and ceo of the Thriving Human Science Center. She graduated in lifespan psychology, received a PhD in positive psychology, and she became an expert in gratitude and mental health. She is a scientific researcher who writes and talks about human thriving in general and gratitude specifically. In 2019, she wrote a book Een zoektocht naar dankbaarheid which is available through her personal website

This site uses Akismet to reduce spam. Learn how your comment data is processed.

Any cookies that may not be particularly necessary for the website to function and is used specifically to collect user personal data via analytics, ads, other embedded contents are termed as non-necessary cookies. It is mandatory to procure user consent prior to running these cookies on your website.

Do you want to stay updated about the latest news of the Thriving Human Science Center? Subscribe to our newsletter!

no thanks, i'm good